Why Do Cemeteries Have to Be Creepy? 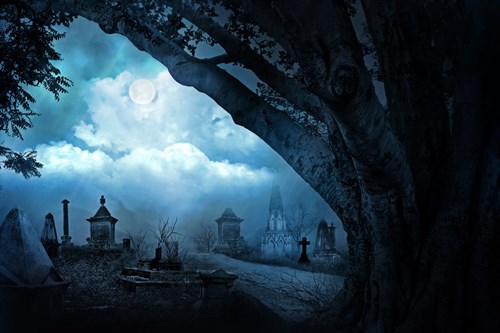 Halloween is upon us, and this time of year tends to evoke thoughts of witches, ghosts, and scary cemeteries. But cemeteries are so much more than backdrop for spooky stories. They are a place to respectfully honor those we have lost. The misconception of the graveyard as creepy came much later.

So, besides perhaps the obvious, why do we consider cemeteries and burial lots to be scary?

Despite what movies and books say, cemeteries aren’t plotted away from busy or residential areas. Death is marked differently by different cultures, but one thing that is unanimous across nearly every culture is that we do honor those who are no longer with us. As remembering those who have passed is virtually engrained in our DNA, cemeteries are often situated within communities. This proximity may have led to many of the urban legends we associate with cemeteries.

Additionally, because our quality of life and life expectancy has drastically improved, modern people do not have the same relationship and therefore same level of comfort with death as society has in the past. Considering our discomfort with mortality, and nearby cemeteries acting as a reminder of our mortality, it’s possible that we responded by creating tall tales and treating cemeteries as taboo.

This take on cemeteries often plays out in pop culture. When many people think of burials, they may imagine foggy moonlight moors, boogeymen lurking in the shadows, and other macabre clichés. Most of the images that pop into one’s head are likely memories of old Halloween movies or scenes from horror novels. Our uncertainty about what happens after death has inspired countless works of fiction.

But treating cemeteries as spooky settings undermines their significance as the final resting place of those who have passed. Cemeteries are a place where those no longer with us are laid to rest, but they also provide solace to the living. We can visit our loved ones, and in doing so, we can remember them fondly. Cemeteries also have a tendency to make us think about how we would like to be treated after our own deaths.

Burials – Not So Scary After All

The end of a life has significance to everyone, regardless of one’s beliefs. Burials are conducted out of respect for those who are no longer with us; we are able to honor our loved ones by creating monuments that survive past our own lives. In our modern society, cremations, ash scatterings, and mausoleum interments are popular options for many people. However, a below-ground cemetery burial is one of the oldest traditions in human history, and many individuals prefer this method.

If you have ever planned a funeral for a loved one, or pre-planned your own funeral, you quickly realize that fear has very little to do with cemeteries and funerals. Instead, it’s all about paying your respects and pondering your relationships. Or in the case of pre-planning your own funeral, it’s about considering how you would like to be remembered and alleviating your loved ones of future financial burden. Although we naturally fear our own deaths, it’s important to understand that these fears do not come from burials and cemeteries alone. Cemeteries themselves aren’t scary, but instead are places of respect and reflection. Halloween tall tales aside, cemeteries are a place of peace, love, and remembrance.